Get fresh music recommendations delivered to your inbox every Friday.

from I Liked Your Old Stuff Better by Lil Rich-Bob 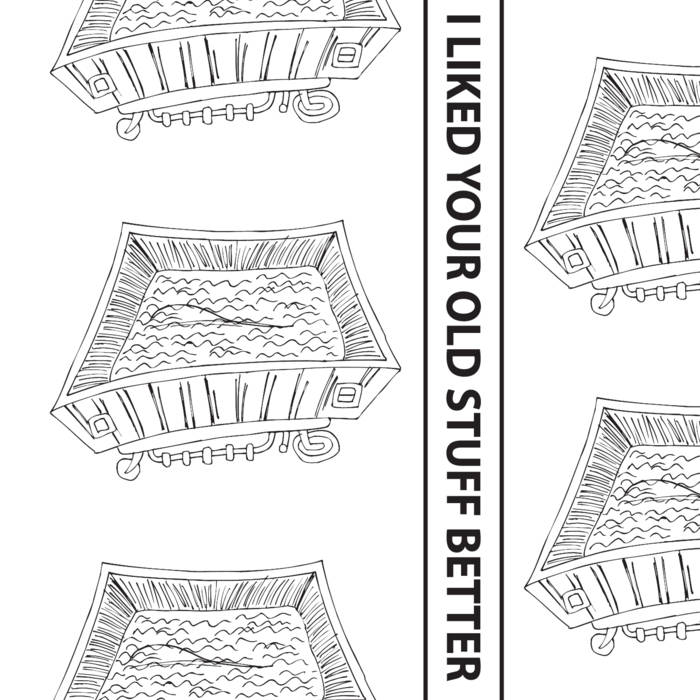 "Coaster" was a compilation of 4 track recordings, most of which were made during bouts of insomnia and/or depression.
--
Astute listeners will recognize this as a primitive version of the last track on the smash hit self-titled first Misk album.

Marc, there's a song on your album.

It's the shortest song in there, but it gives me such strength. The words came at me like cryptic messages, a few days ago when I really needed help to go on. I needed a sign that all we know is true, for at times we all wonder if we're just not totally made. The song's "Life's a Gas". I had just thrown a whole group of people out of my life. They hadn't learned, and they were draining me. I hated to get rid of them, but I knew I had to, and it would be all right but I was very down. I was very down.

...and I felt my strength returning. Was I right? Marc's eyes lit up and the magic poured through with its blinding brilliance. "But of course! That's what the whole song's about! It doesn't matter at all. You must not let things matter. Things happen for a reason, and we can make them happen. We can make them happen."

"There is nothing about my career that is an accident."

We looked at each other and the understanding was total.

The understanding was total.

Where I keep all of my Circumstances, and most of my Stuff.

Misk was a thing I did with my brother a long time ago, mostly based on stuff I wrote an even longer time ago. I am doing other, newer things now as From Circumstances, as well as with The Autocorrect. ... more